Posted on February 1, 2018 by learninggodsway

Yesterday we visited Hollywood Studios. AJ still had a slight cough, so we took turns keeping him at the house. Out of all the Disney parks, this was the one I didn’t mind him missing because it is definitely geared towards older kids and adults.

Children 3, 4, and 5 aka James, Jayla, and Jayce were ready to go after about 2 hours. They wanted to ride rides, and there was only one ride for their age group: Toy Story. We all loved it!

We watched a few shows such as The Little Mermaid, Frozen, and Disney Junior. They liked Disney Junior the most because it was interactive. 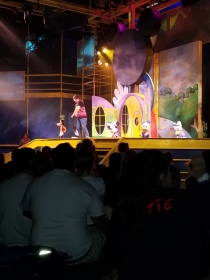 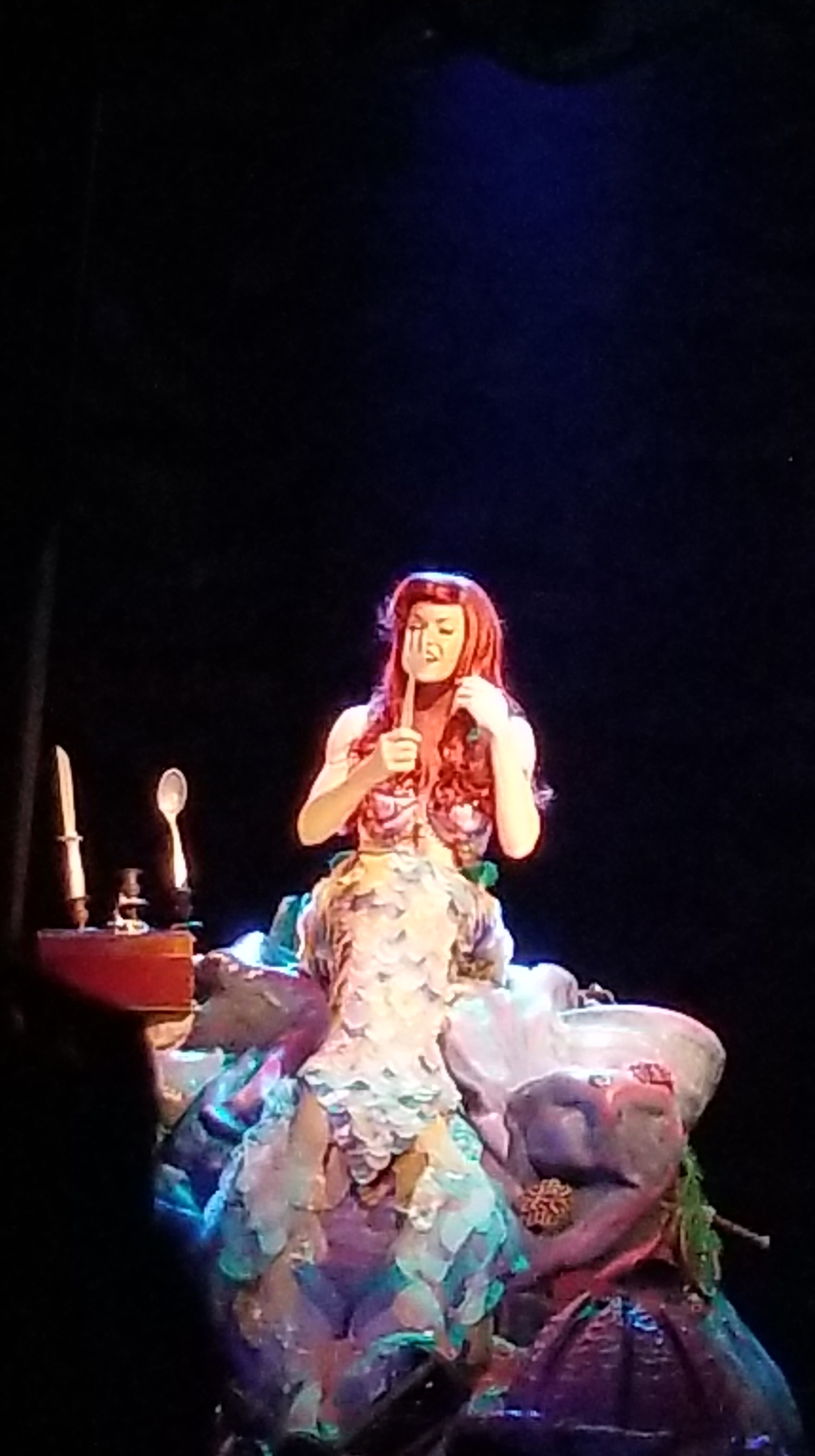 They got to meet Doc Mcstuffins. She did really well with them. Her set design was so cute. 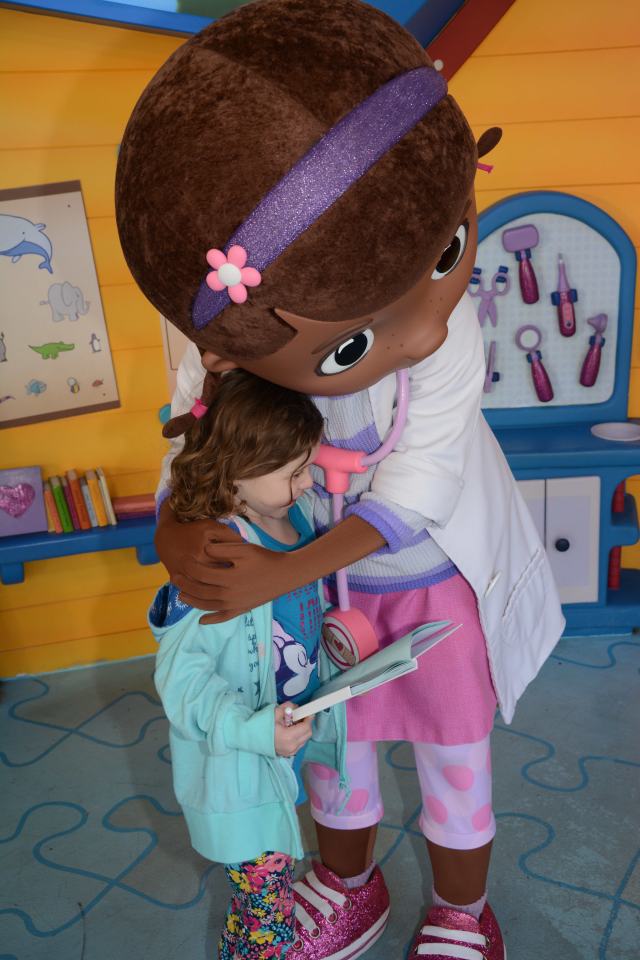 After all of that was said and done it was just after lunch and James got a huge ice cream cone while Jayce and Jayla took a nap. Jayla swam for about 5 hours on Tuesday, and she was just really tired. She decided to purchase as few princess toys and go back to the house with Neannie and Pawpaw. Thank the Lord for Neannie and Pawpaw!! They kept the youngest 4 kids for the rest of the afternoon so Jamie and I could enjoy the park with the oldest two.

Jacob is into Star Wars, and there are a lot of attractions geared toward those movies at Hollywood Studios. There are also several larger thrill seeking rides, which was perfect for Jacob. Jaden will do most of the scarier rides, but she would not do Tower of Terror. And, I don’t blame her. Thankfully Pawpaw Ken took Jacob at least 3 or 4 times before he left for the day. The lines were no more than 20 minutes of wait time all day except for Toy Story, and we were able to get fast passes for it. 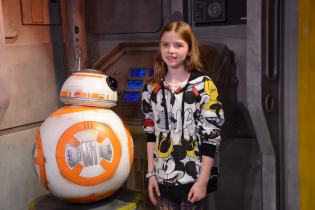 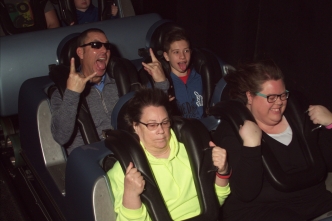 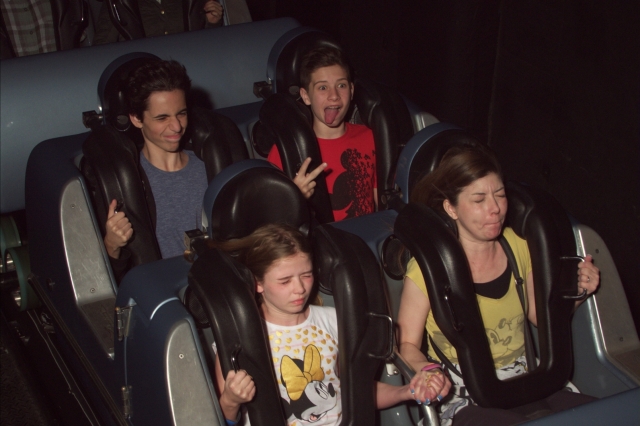 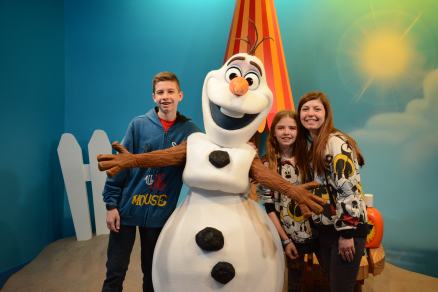 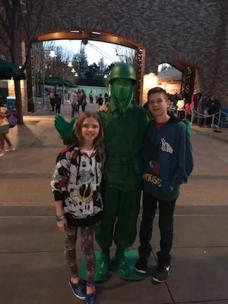 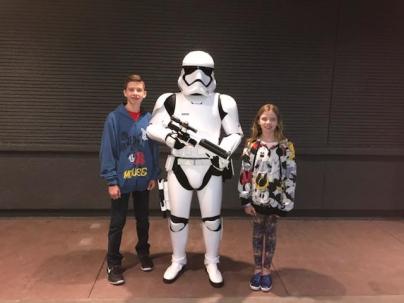 After enjoying the park all day, we decided to eat at the Sci-fi Dine-in Theatre. I was concerned that the movies might be a little scary, but they weren’t at all. They were mostly funny little clips of 1950s movies. We had a great time eating together. The food and service were wonderful. The chef even made me a special dressing because of all my problems that come along with my autoimmune disease. They are so accommodating at Disney. The cast members go out of their way to make sure your trip is special.

After dinner, we watched the Star Wars fireworks and headed home. All in all we had a great day especially the older kids. 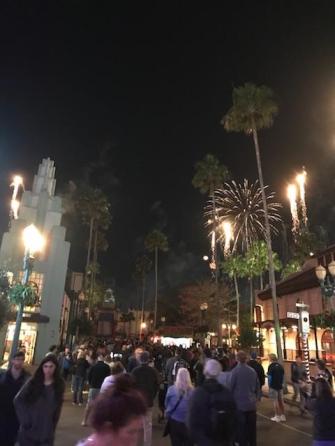 As a mom with several kids 8 and under, our next visit I will get park hoppers simply because there isn’t a lot for the younger kids to do at Hollywood Studios. You could easily do a half a day at Hollywood Studios and then move on to another park (in the less crowded off season). If we only had the two oldest, a park hopper wouldn’t have really mattered because they enjoyed staying in the park from open to close. And, I enjoyed getting to spend so much time with them especially the last 5 hours of the day when all the little ones were back at the house playing. I hear Toy Story Land is coming soon, so I bet it will be geared toward younger kids. If so, I am sure they would want to stay longer and a park hopper probably wouldn’t be necessary. I guess we will just have to wait and see!

Like Loading...
This entry was posted in Let's Reminisce and Reflect! and tagged Disney World, Hollywood Studios. Bookmark the permalink.