It’s been over 1,060 days since I posted about our first adventures with the book We’re Going on a Bear Hunt. You can read more about those adventures here:

Our first bear hunt seems like it was just a few days ago. However, taller kids and a new family member who is already 14 months old remind me that it really has been three years since we first enjoyed this book as a family. We learned about the book from a homeschool curriculum titled Before Five in a Row. It’s a great little curriculum, and Jayla’s recent outbursts of boredom helped me to realize that she is so ready for more structured activities.  Structure doesn’t have to mean handing out worksheets or completing busy work to fill in time.  Structure for a three year-old in this house equals fun time with Mommy.

Jayla and James were so excited when I pulled the book off the shelf a few days ago. We hurried out to the huge maple tree and read. At first, Jayla wanted to read the book her way to her chickens and her baby brother. James and I patiently waited and slowly convinced her that it would be a lot of fun for Mommy to read the book so she could act out the story in the yard. She agreed, and as I read, James showed her neat ways to pretend like they were going through tall grass, a deep river, thick mud, a tall forest, a whirling snow storm, and a dark cave. I was so pleased as I watched James’s excitement build as he remembered the first time he acted out the story in our backyard three years ago with his brother, sister, and two friends.  He was the same age that Jayla is now.  Where does the time go? 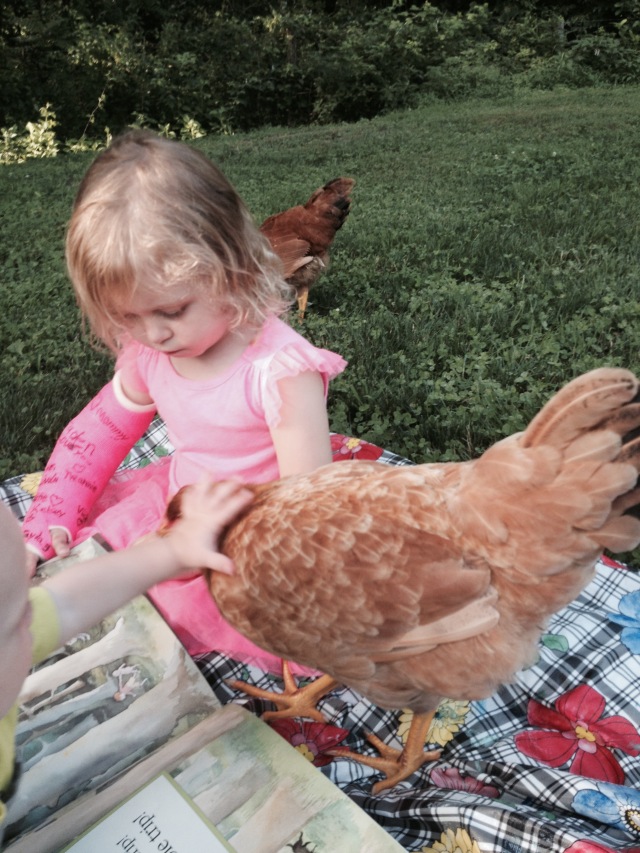 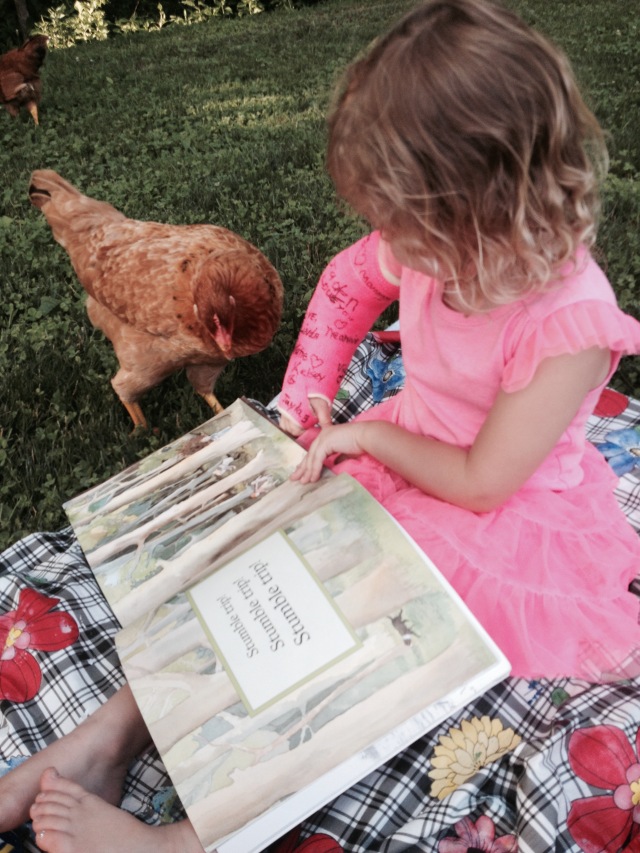 A few days later, Jayla and I decided to grab the book off the window ledge and complete some activities to go along with the story. She thought it would be lots of fun to make a paper plate bear. We mixed all kinds of dark colored paints together until she got a blackish color.  Then she decided to keep mixing until we had achieved a perfect brown color.  She painted while I read the book. Her painting was interrupted frequently as she hopped off the bench and acted out each and every scene. It was quite cute if you ask me.

While the paint dried, she headed outside to the fence rows with her favorite stuffed bear, a plastic bucket, and her baby brother. She was on a mission: a berry hunt. She decided that her bear would like to hunt for berries. I loved watching her point and say, “There’s one, Mommy. Let’s pick it!” After she found all the ripe ones within our reach, she brought her blackberries inside, washed them, and ate every last one of them. 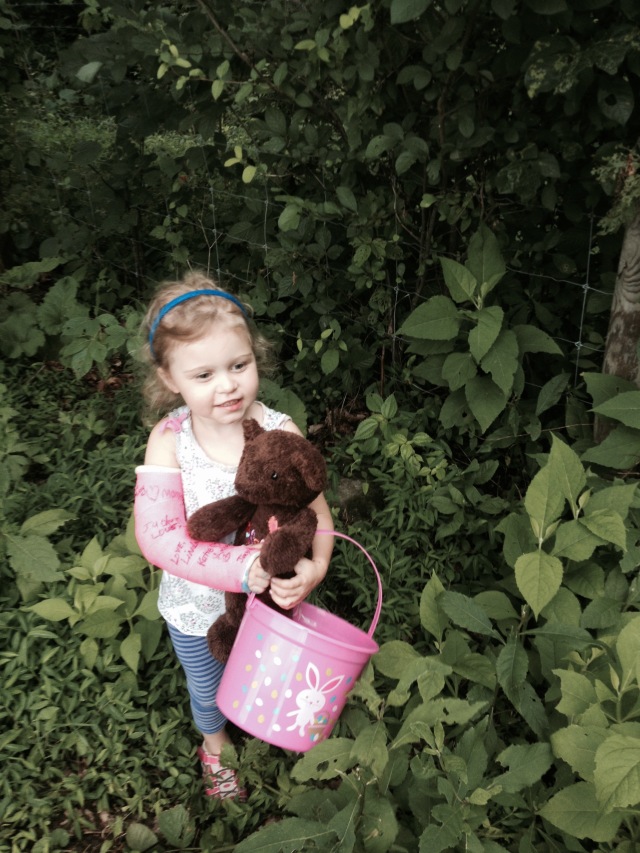 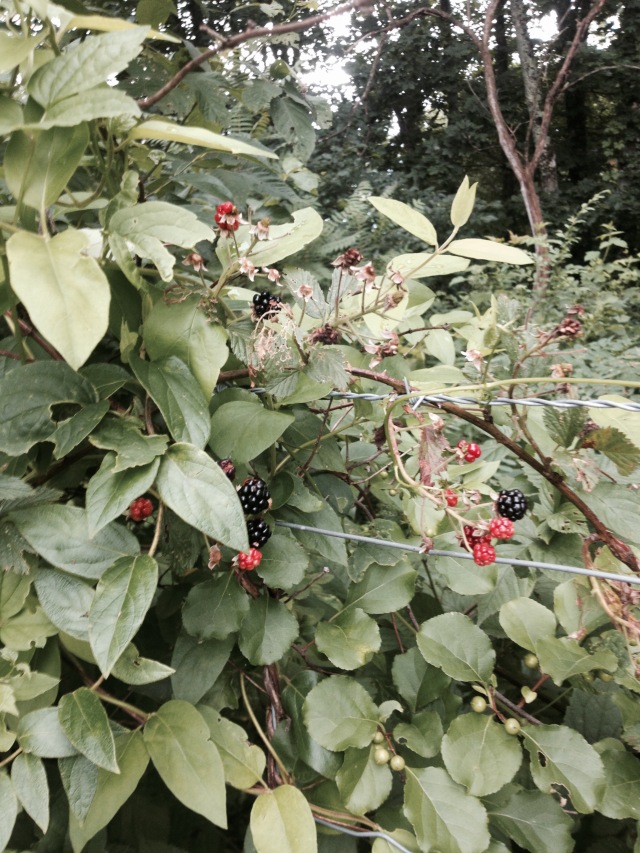 Then she checked to see if her brown plate was dry.  It wasn’t. However, it seemed as if a certain kitty might have checked out her project while we were hunting berries. She got a kick out of the paw print on her plate. 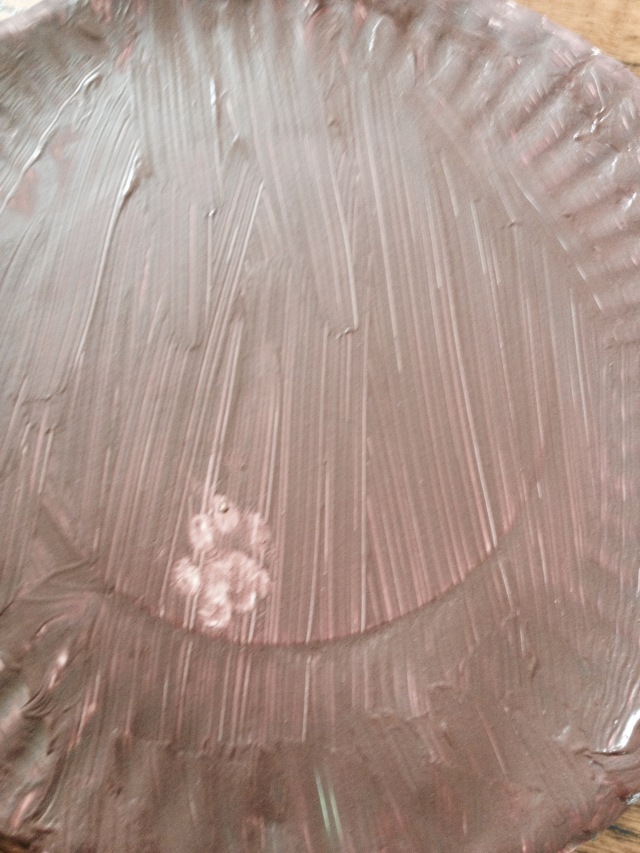 While it continued to dry, we read a nonfiction book about bears and watched a Bible story movie that had a teddy bear as the narrator. 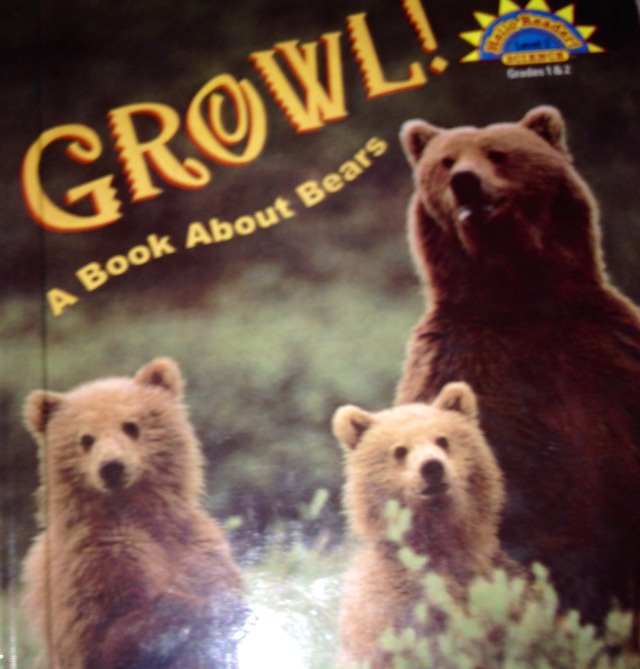 After a nap, she turned her brown paper plate into a bear. She added two big ears, one brown nose, two googly eyes, and a smile, of course! She loved it. 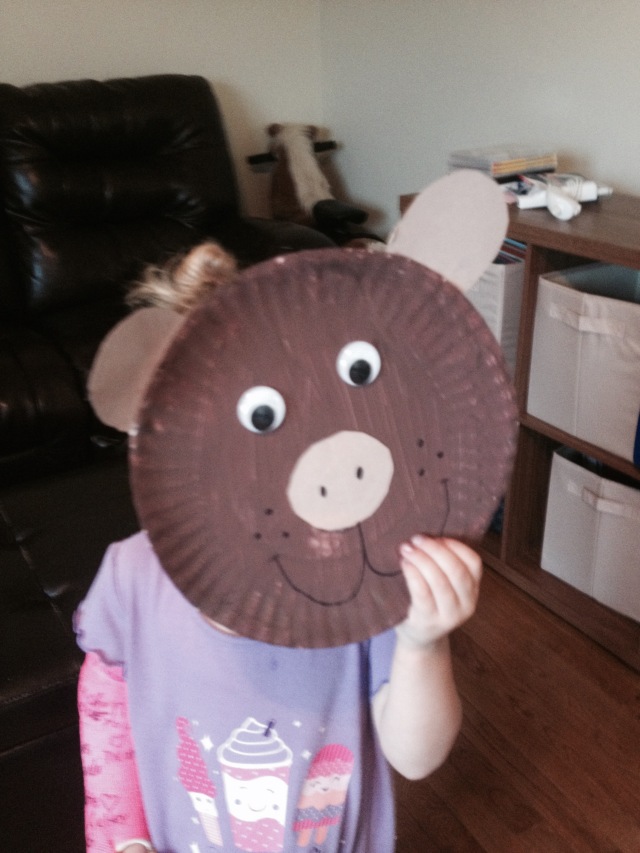 Then we made honey oatmeal bars.  She smiled as she pointed out that the honey bottle was shaped like a bear. 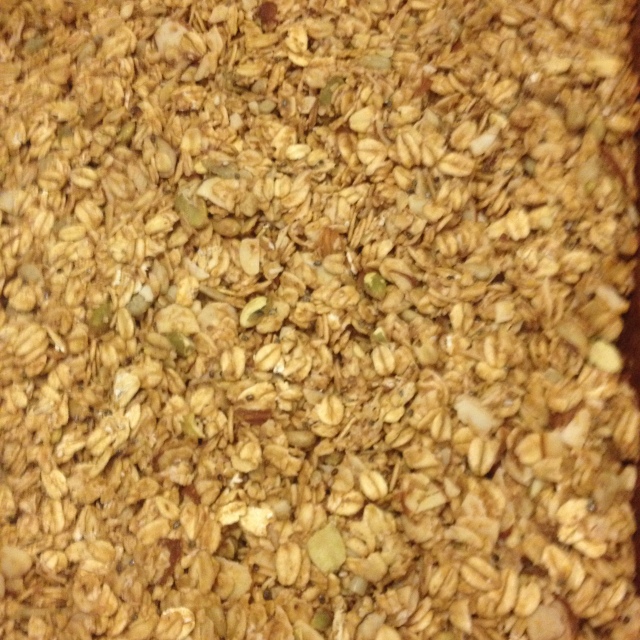 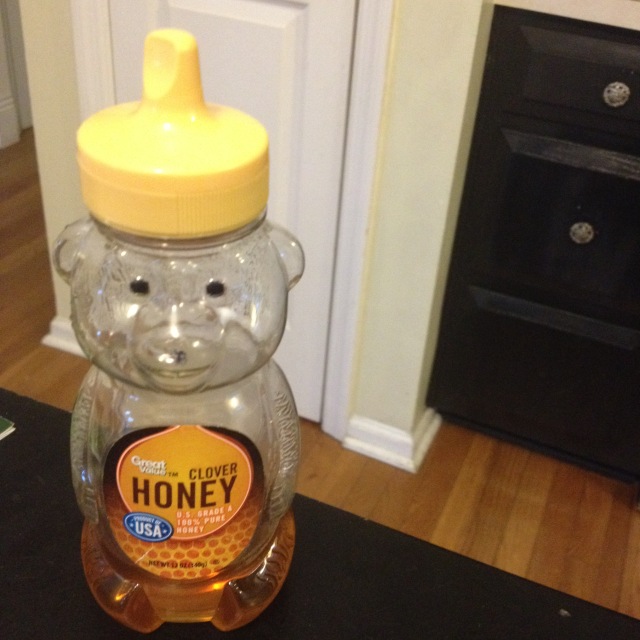 Later in the evening, she played hide and seek with her paper bear and her stuffed bear.  The mama bear had to find her missing baby bear. She really enjoyed the game, and we added steps to it as we played. Eventually the bears were doing the things that they normally do in each season. She was so adorable as she pretended to eat and eat and eat in the fall, snore as she hibernated in the winter, and climb trees in the summer. But, she was even sweeter when she decided that her baby bear needed milk in the spring, and she proceeded to nurse her bear over her shirt. I giggled, and she didn’t hesitate to explain that baby bears have to get their milk that way. Silly Mommy!

Like Loading...
This entry was posted in Jayla and tagged before five in a row, psalm 56:3, we're going on a bear hunt. Bookmark the permalink.